When it comes to Marvel heroes, the Hulk often proves his claim that he’s the strongest one there is. As the fight goes on, Hulk gets more powerful because his strength increases as his anger does. His strength very well may not have an upper limit. But Hulk does have an actual weakness, it’s that he relies on puny Bruce Banner.

RELATED: 10 Ways Hulk Is Unlike Any Other Marvel Protagonist

If Bruce Banner can’t even manage to turn into the Hulk in the first place, he has already lost the fight. Unfortunately for Banner (and the Hulk himself), there are various ways to neutralize or restrict his power. From other superpowers to advanced technology to psychological attacks, there have been many times in which Bruce Banner has been unable to turn into the Incredible Hulk.

10 An Inhuman Calmed The Hulk

The Hulk’s raging mind has shown to be resistant to many forms of both magic and psychic attacks. There are ways around a direct psychic assault, as the Inhuman Randall Jessup discovered when he fought the Hulk.

During the Incredible Hulk series, Bruce Banner found himself working with SHIELD, which partnered him with Jessup, whose ability turns him into a monstrous emotional vampire. When Jessup’s monster form fought Banner’s monster form, the Inhuman’s power drained Hulk of his emotion. Without rage to drive him, Hulk was locked back inside Bruce Banner.

9 Separated From The Beast, Banner Could Not Hulk Out

More often than not, Bruce Banner considers being bonded with the Hulk a curse and not a blessing. From his very first appearance, Banner has sought a cure for his condition. His attempt in Incredible Hulk #130 was successful, but he wasn’t happy about it.

RELATED: 10 Things Hulk Comics Have Done That No Other Marvel Series Has

Separated from Banner, Hulk goes on an uncontrollable rampage. The military was unable to stop the Hulk, so Banner felt the responsibility to end the carnage. Without the proper way to fight the Hulk, Banner has no choice but to re-merge with him and become cursed once more.

8 Banner Burns The Gamma Energy Out Of His System

Tea Incredible Hulk #223 sees Hulk leaping across the country when he turns back into Bruce Banner in mid-leap. Banner comes to the conclusion that he has burned out all the gamma energy inside him and is the Hulk no longer.

He returns to the military base only to find that the Leader is on the attack. Unable to Hulk out, Banner is captured by the Leader. Doc Samson frees Banner and fits him with a Gamma Control Harness, which gives him control of a Hulk robot to fight the Leader.

7 Banner Becomes Too Relaxed To Hulk Out

While Banner turning into the Hulk is caused by stress, Hulk turns back into Banner when he calms down. A side effect of that is that Banner goes through a cool-down period and can’t Hulk out right away again.

During the 2005 Defenders series, Dormammu’s sister Umar takes a shine to the Hulk. She tires him out having fun with him, and Hulk reverts to Banner. Surprised by the transformation, Umar demands that Banner turn back into the Hulk. Try as he might, Banner was too relaxed to oblige.

6 Banner Had The Hulk Beaten and Burned Out Of Him

After being exiled from the planet, Hulk returned to Earth during the World War Hulk storyline. This culminated in Hulk fighting Sentry, where Hulk was beaten back into Bruce Banner and put in SHIELD custody. The Red Hulk then became the only Hulk in town.

RELATED: Marvel: Every Version Of The Hulk, Ranked

It wasn’t until Incredible Hulk #600 that it was revealed that Red Hulk visited the captive Banner and unleashed and fought the green Hulk. Red Hulk was able to burn the Hulk out of Bruce Banner, which left him unable to transform for quite some time.

5 The U-Foes Cancel Out Banner’s Power

The Marvel Universe is home to several superpowered individuals, including energy manipulators. The U-Foes are Hulk villains who were empowered by cosmic rays, much like the Fantastic Four.

In Incredible Hulk #277, the U-Foes defeated the Hulk and kept him restrained as Bruce Banner. X-Ray explains that his power can be used to emit gamma negative rays which neutralize Banner’s gamma positive rays and keep him from becoming the Hulk. It wasn’t until Rick and Betty freed Banner from the U-Foes’ clutches until he could turn into the Hulk again.

4 Banner Had His Power Siphoned From His Body

The Hulk was born of science, and science can also be used against him. It’s been shown that technologically advanced devices have been able to restrict Banner’s ability to Hulk out.

This was the case in Incredible Hulk #241, where Banner is trapped by Prince Rey and the Brotherhood of They. Banner tests the limits of the device by getting as angry as possible, but Prince Rey explains that his power is being siphoned off. Banner is only able to partially become the Hulk, with green skin but without the super strength.

3 Banner Turned Into A Different Being

The Uni-Power is a great force that can strike anyone experiencing great stress. It bestows amazing powers onto them and transforms them into a being called Captain Universe. Given Banner’s tumultuous life, it’s only natural that he would be imbued with the power of Captain Universe.

In the Incredible Hulk Annual #10, the Uni-Power overrode the Hulk power within Bruce Banner and separated the two. It wasn’t until Banner used the Captain Universe power to stop a missile that he lost the Uni-Power and thus bonded with the Hulk once more.

In Totally Awesome Hulk #7, Bruce Banner found himself in a bar fight where he expected to turn into the Hulk but found he couldn’t. Overjoyed and confused, Banner didn’t know what happened until he met up with the new Hulk, Amadeus Cho.

Cho had befriended both Hulk and Banner previously. Being the eighth smartest man on the planet, Cho was able to figure out a way to cure Bruce Banner of his condition. Using an exosuit and nanotechnology, Cho removed the Hulk from Banner and took the power for himself.

Rather than Banner wanting to cure himself of the Hulk, there came a time when Hulk decided he wanted to cut ties with Banner. He searched the Marvel Universe for someone who could help him and found his solution in Dr. Doom.

Using an adamantium scalpel, Dr. Doom performed brain surgery on the Hulk and successfully separated him from Bruce Banner. This left the Hulk satisfied but Banner unhappy. Feeling incomplete, Banner ended up throwing himself back into gamma research to find a way to regain what he had lost.

NEXT: 13 Times Bruce Banner Was Cured of Being the Hulk


Next
The 10 Best Things About Marvel Comics From The 1990s 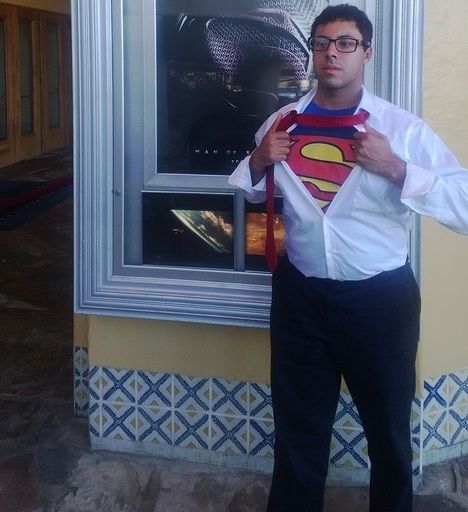 Christopher Glennon has been writing entertainment articles for over ten years and has been published in the San Diego Comic Con Souvenir Book. He has an MFA in Screenwriting. He has been reading comic books for more years than he hasn’t.